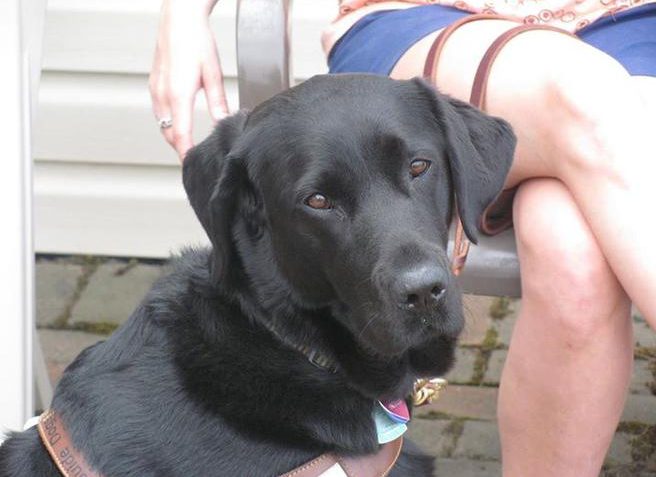 A new dog park is set to be opened in the heart of peninsular Halifax sometime in the near future, but it won’t be a park for any Spot, Fido, or Trixie to enjoy. This park is for the exclusive use of pups with jobs, and the people who rely on their service.

Halifax has been home to a service dog park for a number of years now, located at the corner of Cogswell Street and Rainnie Drive. But with the new roundabout being constructed, that needs to change.

“There was a pre-existing service dog park in Halifax, but due to the construction of the North Park roundabout, it had to be decommissioned,” says Linda Mosher, councillor for Halifax West Armdale. “So we had to find another location.”

Mosher’s staff was tasked with finding the new spot, with a number of criteria recommended by the city’s Accessibility Advisory Committee.

“They preferred it to be in the urban core, either Dartmouth or Halifax. They wanted it to be at least the same size as the previous one, or bigger. And it had to be on an accessible bus route near on-street parking,” says Mosher, who says 16 prospective locations were considered before they zeroed in on the park on the corner of Oxford Street and Almon Street. “In the end, the most desirable location was the Ardmore Park.”

You might be wondering why service dogs couldn’t just use any old dog park the city has to offer. Well, owning a service dog comes with a lot more concerns and considerations than just having a pet dog does, and that extends to their playtime.

Stephanie Berry is a local athlete who has retinitis pigmentosa, a degenerative eye disease.

“I am pretty much blind,” says Berry. “I can only see the difference between light and dark.”

Berry also has a black Labrador retriever guide dog named Jacuzzi, who she has had for three years now. It’s Jacuzzi’s job to guide Berry around obstacles and lead her to and from places, but Jacuzzi’s a dog just like any other, and needs to be able to do regular dog things as well.

“Somebody said, ‘dogs aren’t machines.’ She still is a dog, she’s not a machine,” says Berry. “She has those instincts that a lot of dogs have — they want to sniff things, they want to sleep, eat, and play.”

However, because she’s a working dog, she has special training requirements that could be jeopardized by going to a regular dog park. She could get into treats or toys that she’s not allowed to get into, and she could even be hurt by other dogs.

“There’s always more risk at going to a regular dog park,” says Berry, who estimates that Jacuzzi is worth upwards of $70,000 for the amount of training that has gone into her. “At regular dog parks, you have no control over who’s there, what type of toys the dog is playing with, what types of foods the dogs are eating, what types of bones she’s chewing on, and as a visually impaired person, you can’t see what dogs are there and what they’re doing with your dog.”

Not to mention, there’s the safety of the owner to consider as well.

“It’s a small number of people, but we need somewhere for them to be able to train their dogs in a safe manner,” says Mosher, who estimates around 60 individuals in HRM will be eligible to use the park. “You open it up to [all] dogs, and there could be holes dug, or tree branches that were used to throw there — residents with visual impairments couldn’t see that. It’s got to be safe for them to walk in, and it’s got to be safe for their dogs.”

Council recently approved of Ardmore Park as the location of the new service dog park, and work has already gotten underway. A new fence will be put in, the land regraded, and the city is working on developing a swipe card system so that only eligible users will have access.

But that doesn’t mean this park won’t benefit the community as a whole as well. While they build the new service dog park, the city has opened their ears to residents and will address some more universal maintenance concerns they have at the same time.

“We had a public meeting, because I didn’t want to just all of a sudden, residents wake up one day, and an area that they’ve had that was grassed was fenced in, and only accessed for people that have service dogs,” says Mosher, who includes a four-foot black fence for the dog park as one of the aesthetic boons for the neighbourhood. “From an aesthetic point-of-view, it will make the community look much better.”

For users like Berry, though, the biggest boon the new service dog park will provide is just the peace of mind knowing that it will be a space for service dogs and their owners alone.

“I know for sure that I’ll use it,” says Berry, who did not use the previous service dog park much due to frequent use by non-service-dog-owners. “If you have a swipe card … it makes it a way more secure area, so you know only people with service dogs would be in there. Even if it’s not a huge area, it will still be a nice place to be able to bring the dog and not have to worry.”